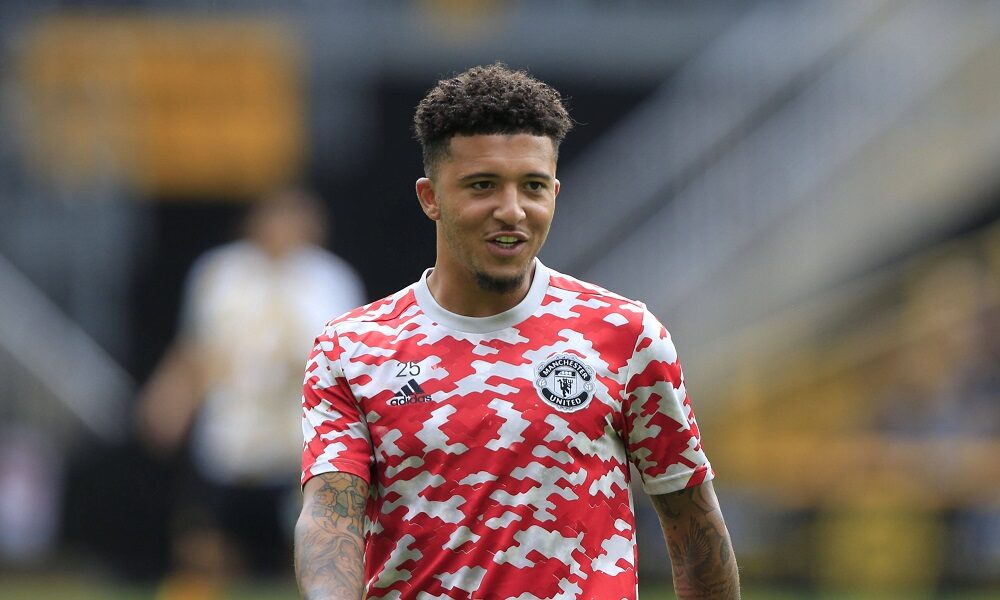 Manchester United’s interim manager Ralf Rangnick was delighted with the showing of Jadon Sancho during the club’s 1-1 Premier League draw against Southampton.

The Red Devils had the chance to reclaim the fourth spot on the table, but failed to do so after another frustrating performance in front of the home fans.

Cristiano Ronaldo should have put United ahead in the seventh minute with an open goal to aim at, but the Portuguese’s tame effort was comfortably intercepted.

Moments after, Sancho could not convert in a one-on-one situation against goalkeeper Fraser Forster, but he eventually opened the scoring in the 21st minute.

Marcus Rashford put the ball on the plate for him from the right flank. Sancho had a simple tap-in at the far post to score his second goal in as many home games.

Unfortunately, it was not sufficient for the Red Devils, who conceded early in the second half for the second game running. Che Adams equalised for the Saints.

In his post-match press conference, Rangnick was frustrated with the result, but heaped special praise on Sancho, who is finding his feet after a tough start to his debut season.

He told reporters via Manutd.com: “With Jadon’s performances in the last couple of games, I’m very pleased. This is the Jadon we know from the German Bundesliga.”

“There is still more space for improvement in him, but the way he is playing right now, it is probably the best Jadon Sancho that Manchester United has seen so far.”

The England international has had a disappointing debut campaign with the Red Devils, registering just four goals from 26 appearances across all competitions.

However, he has shown plenty of promise in the final third since the winter break. He has impressed with his quick dribbling while scoring twice in the process.

There has been a change in fortunes for him after a rough start to his United career, but there is plenty of room for improvement during the backend of the season.

Sancho recently impressed against Burnley, but his decision-making around the box was not the best with shots either blocked or off target. He should only get better with confidence under his belt.