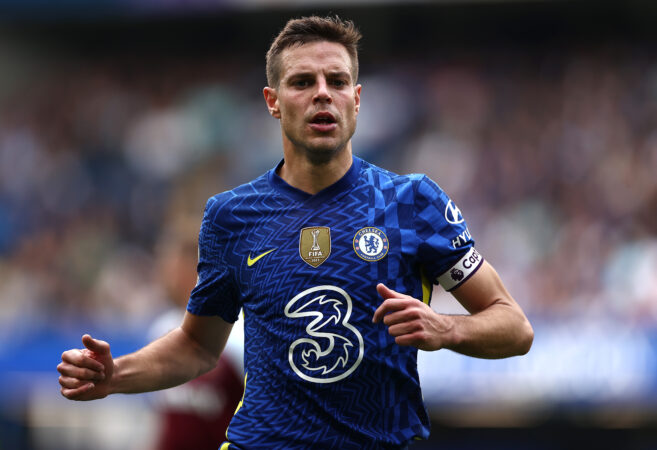 Chelsea defender Cesar Azpilicueta had a poor outing on Sunday as the Blues suffered a 1-0 Premier League defeat at Everton.

The Blues had gone into the game as strong favourites, and were looking to end a three-match losing streak at Goodison Park.

However, they were unable to do so. Chelsea had a disappointing first half where they failed to register a single shot on target.

Immediately after the interval, Azpilicueta’s error contributed to Richarlison’s goal which eventually turned out to be the winner.

Azpilicueta’s lack of awareness allowed the Brazilian to intercept. The ball fell into the path of Demarai Gray who assisted Richarlison.

Chelsea tried to push for the equaliser with multiple scoring attempts, but Jordan Pickford delivered a superb display with five key saves.

Despite the defeat, the Blues continue to remain third on the table, but their gap to fourth-placed Arsenal has been reduced to three points.

Meanwhile, fifth-placed Tottenham Hotspur are now five points behind them. Chelsea should still finish in the top four as Spurs and Gunners have to face each other in the final four games of the season.

Regardless of this, manager Thomas Tuchel has a big decision to make on Azpilicueta, who has been error-prone defensively for a while.

The club captain conceded a costly penalty at 2-3 against Arsenal last month which killed off Chelsea’s chances of springing a late comeback.

He was once again at fault yesterday. The Spaniard took too long on the ball which contributed to a vital goal in Everton’s quest for survival. He won just three of his six duels contested.

It won’t be a surprise if Azpilicueta is dropped to the bench for the final four games of the season. Trevoh Chalobah could get the nod over him.

There may also be doubts over his future. Azpilicueta’s deal was extended to June 2023 earlier this year after triggering a clause on his current contract.

However, there have been regular links with Barcelona. With his recent regression, the Blues could be tempted to sanction his departure for a nominal fee.