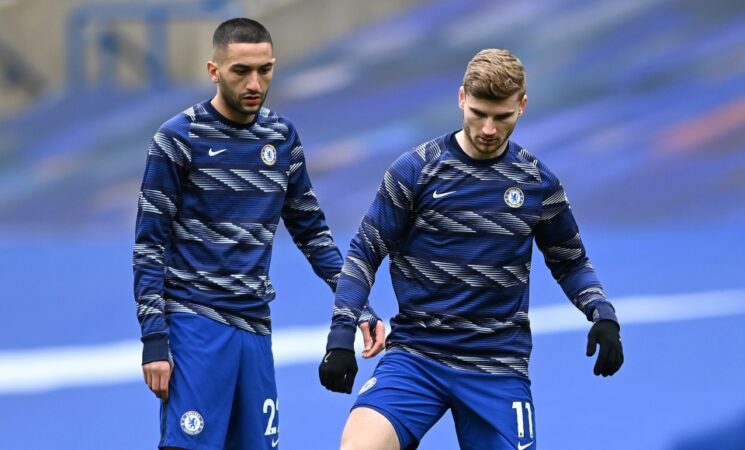 Chelsea manager Thomas Tuchel was delighted for Timo Werner following his sublime attacking performance against Southampton in the Premier League.

The Germany international has been out of contention for a regular starting role in recent months, but was handed the chance to impress against the Saints.

Playing up front alongside Kai Havertz, he made the most of the opportunity with a goal in either half, but was also unlucky as he hit the woodwork thrice.

However, one of those rebounds fell into the feet of Havertz, who scored the fourth goal in the 6-0 rout.

Following the game, Tuchel said that Werner played in his best position, having excelled during his time at Leipzig, where he was paired with another striker.

The German tactician added that it was set out for Werner to deliver against a high-pressing opponent, and it was a ‘strong’ showing from an ‘important player’.

He told Chelseafc.com: “We decided to play with two strikers, it was his favourite position against an opponent where we knew they would press high.”

“The connection was amazing with Kai and Mason and Kova. He loves to play with them and it was an opponent where we could imagine finding spaces in behind because it’s a higher attacking opponent.

“So it was set out for him to deliver and make a statement that he does not give up and is still an important player of this club. He did it and it was strong but also very necessary.”

Chelsea produced the perfect response after back-to-back defeats following the international break. Werner had a superb outing, and could have quite easily scored five goals.

The performance at St Mary’s side should boost the 26-year-old’s confidence. He could be in line to start for Chelsea in the second leg of the Champions League quarter-final at Real Madrid.

The west London giants have a huge mountain to climb after the 3-1 first leg defeat, but should go into the game with plenty of optimism after the stunning result on the South Coast.

Werner has good recent history against Madrid, having scored in the 2-0 win at Stamford Bridge last term. Chelsea will need a lot more from him this time if they are to script a stunning comeback.