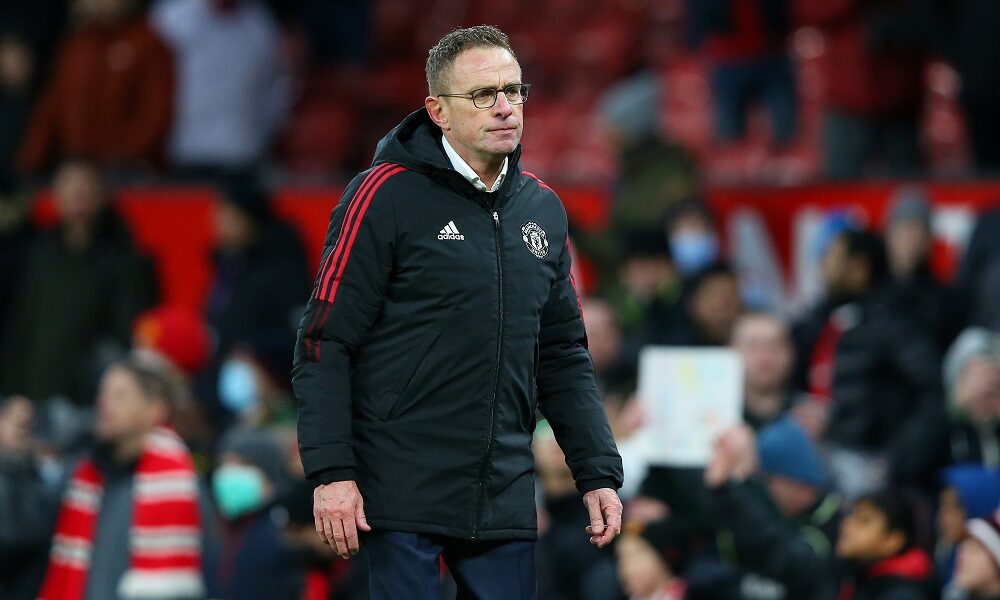 Manchester United manager Ralf Rangnick has acknowledged that the club need to pursue a young striker during this summer’s transfer window.

The Red Devils have largely depended on Cristiano Ronaldo up front this term, but the Portuguese is already 37 and is no longer in his prime.

Meanwhile, Edinson Cavani will be 35 in a couple of days. The Uruguay international has no plans of renewing his contract expiring on June 30.

Speaking in his press conference yesterday, Rangnick admitted that a new centre-forward should be one of the club’s priorities this summer.

He told Manutd.com: “This is obvious. Edinson’s contract is running out in the summer and the club needs the best possible centre forward. This is a obvious one and I think everyone is aware of that.”

Aside from Ronaldo and Cavani, United currently have Marcus Rashford as a striker choice, but the England star has been most successful from the left-wing position.

Anthony Martial was a regular up front two years ago, but he recently fell completely out-of-favour before being loaned out to Sevilla during the winter transfer window.

The Frenchman has struggled to replicate his performances from the early phase of his career. United could be open to selling him for the right price during the summer.

Mason Greenwood was touted as a future star, but he is currently suspended indefinitely. Hence, the club appear on course to pursue an elite striker later this year.

Borussia Dortmund’s Erling Braut Haaland has been linked on numerous occasions, but it has recently been reported that the club could reignite their interest in Harry Kane.

Mauricio Pochettino is one of the front-runners to become the permanent manager. He will reportedly urge the club’s hierarchy to reunite him with the Tottenham Hotspur star.

United’s prime focus for now will be on finishing in the Premier League top four which appears far from certain with the fierce competition from West Ham United, Arsenal and Spurs.

They still have the chance to win silverware through the Champions League, but it appears more likely that they could end a fifth campaign without lifting any major trophy.