Liverpool will be looking to book their place in the last four when they take on Leicester City in the quarter-finals of the Carabao Cup on Wednesday night.

The Reds have a number of selection issues to worry about ahead of the game as Jurgen Klopp is set to be without at least nine players for the visit of Brendan Rodgers’ side to Anfield tomorrow.

Fabinho, Curtis Jones, Thiago Alcantara and Virgil van Dijk all missed the 2-2 draw with Tottenham at the weekend after returning positive covid tests and the quartet won’t be back in contention for the League Cup clash. Assistant boss Pep Lijnders told reporters at his press conference today that the club won’t rush the quartet back as they’ll need time to regain full match fitness once they return to full training with the rest of the squad.

Lijnders also confirmed a blow with the news that Liverpool will once again be without the services of Divock Origi tomorrow night as the striker is still working his way back from a knee injury that’s kept him out recently.

Andrew Robertson will also miss the visit of Leicester due to suspension after being sent off during Liverpool’s thrilling draw at Spurs on Sunday so Klopp will be forced into a change at left-back. 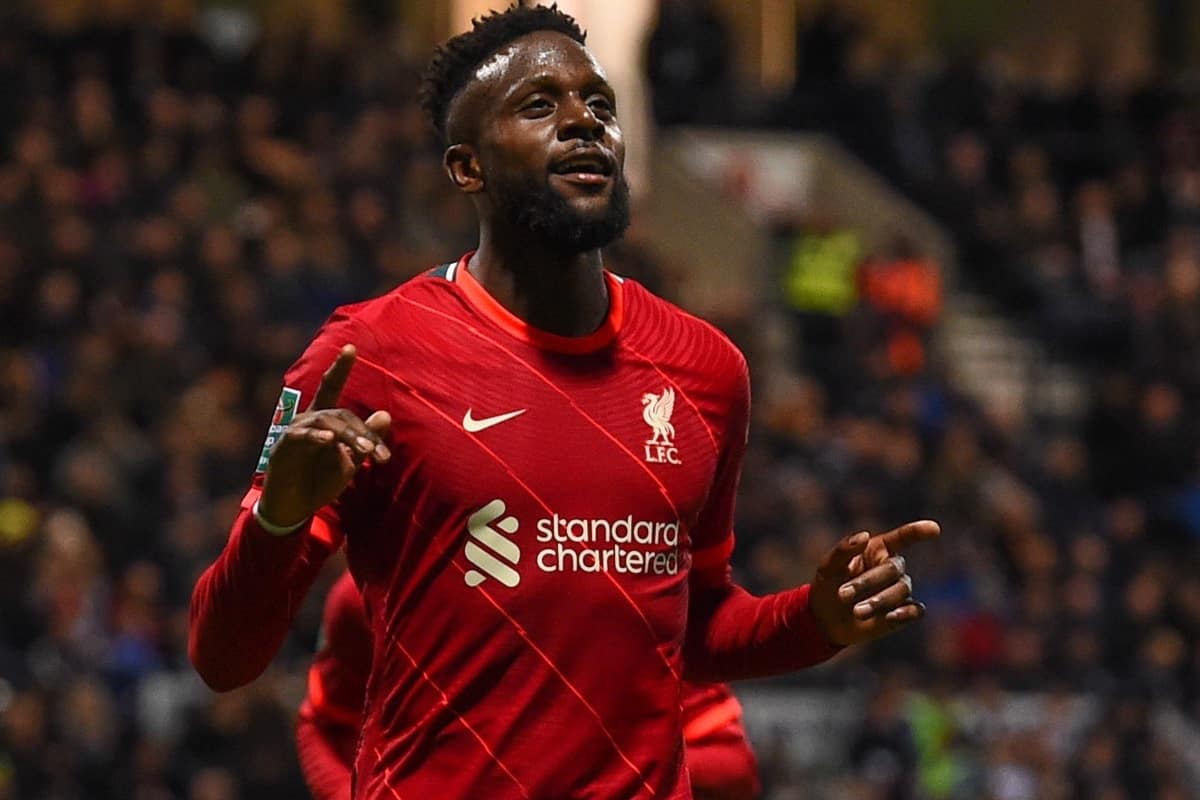 Nat Phillips remains on the sidelines with a fractured cheekbone and Liverpool will also continue to be without Adrian [calf] and Harvey Elliott [knee] so at least nine players will miss the visit of Leicester.

In addition, Jordan Henderson will be assessed after missing the trip to Tottenham at the weekend with a cold so Klopp has mounting issues to contend with ahead of the League Cup quarter-final.

With so many players on the sidelines, it will hamper Klopp’s ability to rotate his squad but the German is still expected to try and rest many of his key players ahead of Sunday’s Premier League clash with Leeds.