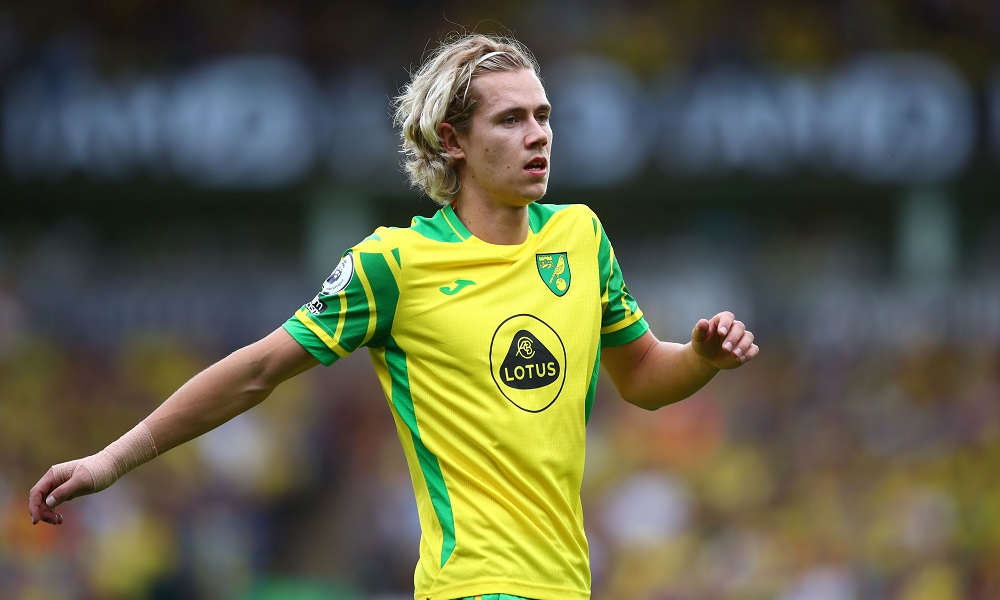 Liverpool and Tottenham will face a battle with Leicester City over a deal to sign £15m-rated Norwich City midfielder Todd Cantwell this month, according to The Sun.

Cantwell emerged as one of the brightest young talents in English football after impressing in his debut campaign in the Premier League back in 2019 having helped Norwich win promotion from the Championship the previous year.

The 23-year-old academy graduate has gone on to make over 100 first team appearances for the Canaries but his career at Carrow Road has stuttered in recent months following a serious Achilles injury.

Cantwell has struggled to find his best form since returning to full fitness and with his current contract set to expire in July, it appears Norwich City are now prepared to cash-in on the wide midfielder if a suitable offer arrives this month.

According to The Sun, Liverpool and Tottenham are among a host of clubs who’re showing a keen interest in signing Cantwell with Newcastle United, Leeds United and AS Roma also named as potential suitors.

However, they’ll face further competition as the newspaper says Leicester have now thrown their hat into the ring with Norwich ready to sell during the January window if £15m is put on the table.

It remains to be seen whether any club will pay that kind of money for a player who’s in the final months of his contract but The Sun says if Cantwell isn’t sold this month then Norwich will trigger an option to extend his contract by a year in order to protect his value.

Liverpool are being tipped to strengthen their ranks as they look to compete in four competitions this season and Jurgen Klopp has seemingly identified Cantwell as a potential new recruit.

The youngster is predominantly a left sided midfielder but can play in a central role so he’d give Liverpool options as they look for long-term replacements for the likes of James Milner and Jordan Henderson.

Tottenham are expected to be busy in the market this month as new boss Antonio Conte looks to revamp his squad and midfield is an area of concern for the Italian coach. Tanguy Ndombele and Dele Alli are expected to leave Spurs after failing to win Conte over and Cantwell could be viewed as a potential replacement.

We’ll have to wait and see how things develop over the coming weeks but it appears Norwich are hoping to cash-in on Cantwell this month and Liverpool and Tottenham could be involved in a fierce battle to land the talented midfielder.