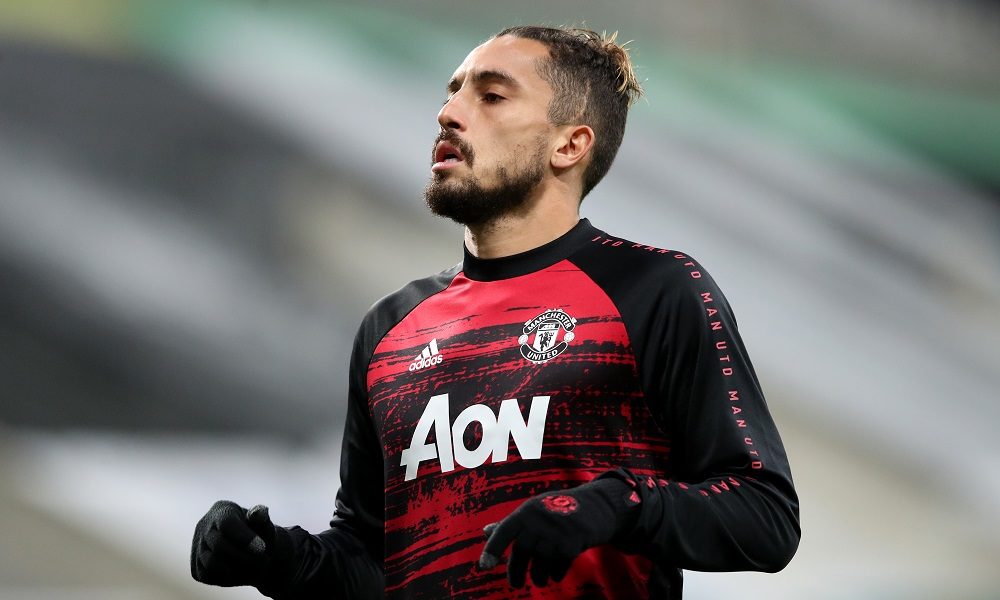 Manchester United defender Alex Telles had a difficult outing during the club’s 3-1 Premier League defeat to Arsenal on Saturday.

The Red Devils went into the game with the opportunity to boost their Champions League prospects, but failed to capitalise on their key moments in front of goal.

Nuno Tavares opened the scoring within the third minute for the north London giants before Bukayo Saka doubled the advantage in the 32nd from the penalty spot.

On both occasions, Telles was involved. The Portuguese failed to intercept the cross from Saka in the lead-up to the opener before committing a needless foul in the box on the England man for the penalty.

Cristiano Ronaldo brought United back into the game with his 100th Premier League goal, but it was not sufficient after a mixed performance following the break.

Bruno Fernandes missed a chance to level the proceedings from the penalty spot. Soon after, Granit Xhaka’s stunning long-range strike made it 3-1 in the Gunners’ favour.

A number of United stars including Ronaldo, David de Gea and Nemanja Matic impressed, but there were also underperformers. Telles and Fernandes were among those.

Telles has been handed a regular run of starts in the injury absence of Luke Shaw, but his showing against the Gunners was lacklustre with Saka easily getting the better of him.

The Arsenal graduate had a comfortable afternoon on the right side of attack, and it was assisted by Telles, who was dispossessed 22 times  with just 67 per cent of his passes completed.

It won’t be a surprise if he is dropped to the bench for Thursday’s game against Chelsea at Old Trafford.

Interim boss Ralf Rangnick could revert to a three-man backline to match the Blues’ formation. Similar to the Liverpool game, Diogo Dalot could start at left wing-back.

This would open up a spot for Aaron Wan-Bissaka on the opposite end, Else, we could see Jadon Sancho from the left wing-back role with Dalot starting on the right.

United’s defeat yesterday sees them six points behind Arsenal for the final Champions League spot. The Gunners have a game in hand. Their top-four hopes are very slim.

Arsenal and Tottenham, who are two points behind the Gunners, could still slip up, but United must win their remaining four games of the campaign to have any chance.