Arsenal will be desperate to get back to winning ways when they welcome Brighton to the Emirates Stadium on Saturday afternoon.

Ahead of the game, Mikel Arteta has been speaking to the media at his pre-match press conference today and he’s provided a team news and injury update which included the latest on Thomas Partey and Kieran Tierney.

Partey was forced off during the second half of Arsenal’s disappointing 3-0 defeat to Crystal Palace at Selhurst Park on Monday night. The club released a statement on Thursday confirming the midfielder was facing a spell on the sidelines.

Arteta has now offered another update and admitted Partey has suffered a ‘significant injury’ which will keep him out for ‘some weeks’. The Gunners boss revealed the 28-year-old has aggravated an old thigh injury but it’s too early to say if he’ll play again this season.

The news comes after Tierney was ruled out for the rest of the campaign. The Scottish left-back returned from international duty with a knee injury and a specialist decided last weekend that it would require surgery.

Tierney has taken to social media today to post a photo of himself sitting on a hospital bed after undergoing his operation – which he says went well. The defender also thanked fans for their support.

Arteta refused to condemn Scotland for overplaying Tierney after he completed the full ninety minutes during both of their friendlies during the recent international break. 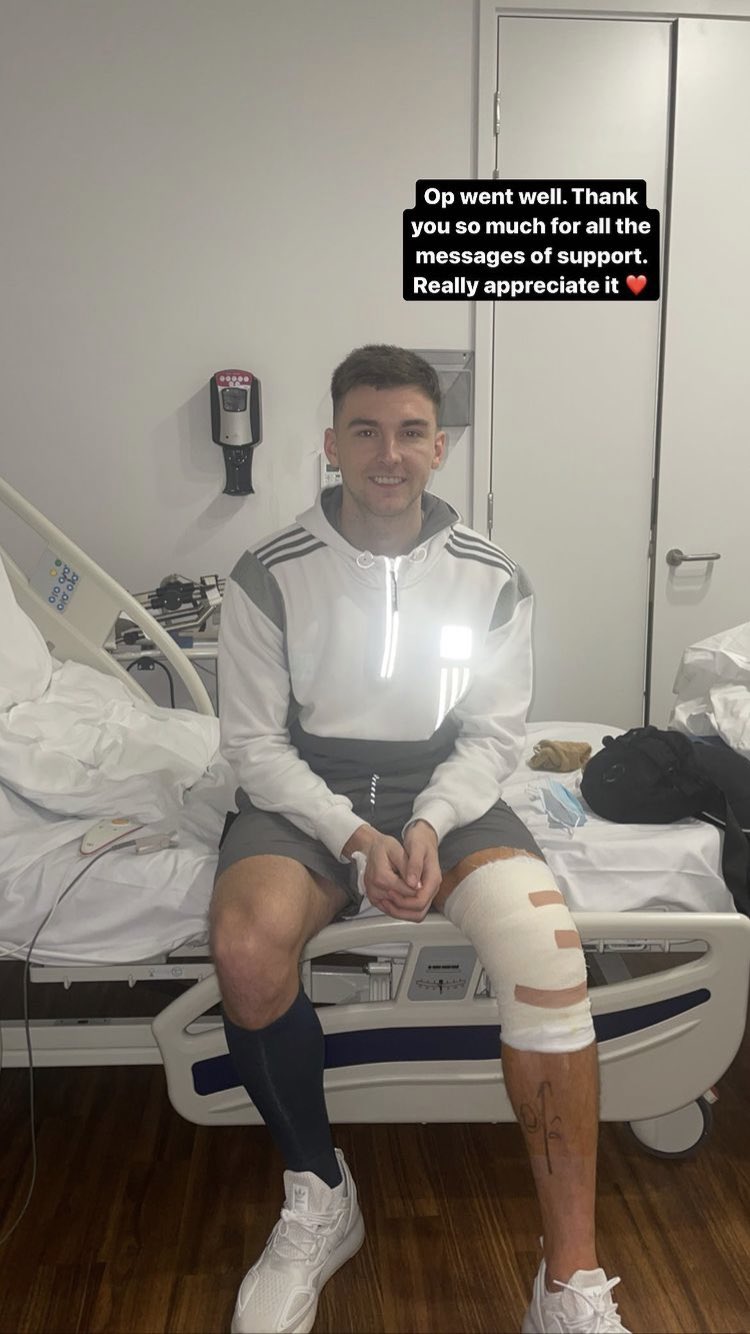 Tierney obviously won’t play again this season and the Arsenal boss says he doesn’t know if the full-back will be fit for Scotland’s World Cup qualifiers.

It is a little bit ambiguous, but he has a significant injury and we’ll have to keep assessing him, but he will be out for some weeks. It could be (an issue for him to play again this season), but it could also not be because it’s an area where he had a previous injury as well and he felt it straight away. It’s not quick.

on if Tierney will miss Scotland’s World Cup qualifiers…

I don’t know. He just had surgery yesterday, so it’s very early to understand how everything is going to develop, he’s going to be out for the period that we estimate and in which condition he will be after that period I think it’s too soon to say something else.

It’s a major double blow for Arsenal to lose two key players like Tierney and Partey during such an important part of the season. Youngsters Nuno Tavares and Albert Sambi Lokonga could now be drafted into the starting eleven as replacements.

Arteta didn’t provide an update on Takehiro Tomiyasu today, but the Japanese international is set to miss at least another two games. The right-back has been struggling with calf issue over the last 10 weeks.

Arsenal head into the weekend action sitting fifth in the table following Monday’s defeat to Palace. However, they can regain fourth and move three points clear of Tottenham with a win over Brighton tomorrow afternoon.