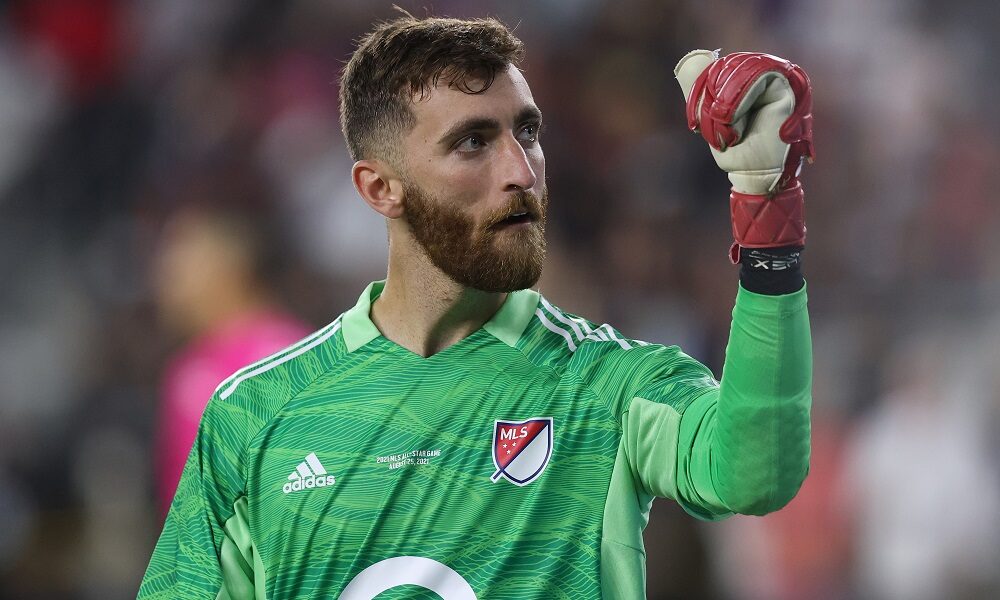 The Gunners reportedly finalised a deal of around £7.5 million for Turner last month, but there has been no official confirmation from either club to date.

Twellman, who initially broke the story in January, has now confirmed that paperwork have been signed by both clubs as well as the United States international.

The transfer is ‘officially all done’ and will go through during the summer, provided Turner successfully completes his medical tests and secures a work permit.

.@headdturnerr [Matt Turner] transfer agreement to @Arsenal from @NERevolution and player agreement were signed. So it’s officially all done pending work permit and medical in the summer. #NERevs #MLS

It is well known that Leno wants to leave Arsenal after being replaced by Aaron Ramsdale as the first-choice goalkeeper in the Premier League.

He was initially eyeing an exit during the winter transfer window where Newcastle United were among the clubs credited with an interest in him.

However, it was never likely to happen with no immediate replacement in place. He should now leave when he enters the final year of his contract in July.

Turner has built his reputation in Major League Soccer with his terrific reflexes in goal, but there is still room for improvement with his distribution.

Despite this, he should be a handy back-up option for Ramsdale next season, and could receive more playing time if Arsenal qualify for European football.

A mid-season deal would have been an option, but Turner now has the chance to experience a full pre-season with Arsenal ahead of the 2022/23 campaign.

The 27-year-old will be playing in Europe for the first time in his career, but has earned valuable international experience with 16 caps for the United States.

He has been the regular in goal ahead of Manchester City’s Zack Steffen, and could secure World Cup qualification for his country later next month.