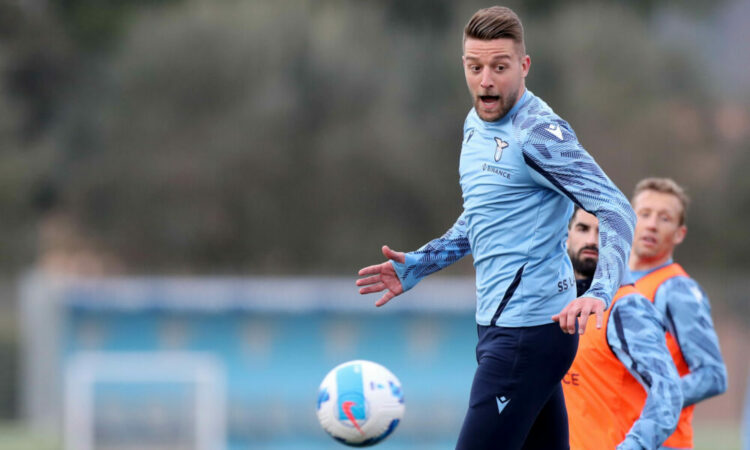 Manchester United are planning a first offer for Lazio midfielder Sergej Milinkovic-Savic, according to Calciomercato.

The Red Devils have been long-term admirers of the 27-year-old, and they previously failed with an approach to sign him during the 2019 summer transfer window.

According to Calciomercato, United now have a ‘concrete’ interest in the Serbian midfielder, who is widely expected to leave Lazio at the end of the campaign.

Lazio president Claudio Lolito previously valued the midfielder at €120 million (£101m), but he has decided to lower the asking price to €80m (£67.3m) this summer.

United are planning a first offer close to the price tag, but they could still face competition from Juventus and Paris Saint-Germain. The latter are monitoring closely.

United could pursue at least one midfielder this summer. Nemanja Matic has confirmed that he is leaving at the end of the season. Paul Pogba could follow him with his contract expiring on June 30.

Milinkovic-Savic could be a quality signing for the Red Devils. The Serbian is effective going forward. He has registered an impressive tally of 10 goals and 12 assists for Lazio this campaign.

However, he has also been solid with his defensive duties. The 27-year-old has won nearly two tackles and one interception per league game. He has also won three aerial duels on average.

Judging by his statistics, he may not struggle to adapt to the added intensity of the Premier League, and could be an ideal acquisition to cover up for the departures of Matic and Pogba.

While the financial package should not concern United, the lack of Champions League football could be a potential stumbling block in their pursuit of Milinkovic-Savic this summer.

Juventus and Paris Saint-Germain have already secured their berths in the elite European competition while they could be backed to compete for regular trophies over the coming years.

The same may not be the case at Old Trafford. United are set for another transitional phase under new manager Erik ten Hag. The club are currently on a five-year trophy drought.

Milinkovic-Savic has spent seven years at Lazio without coming close to lifting the Scudetto. If a league title is among his priorities, Les Parisiens may have the edge in signing him.