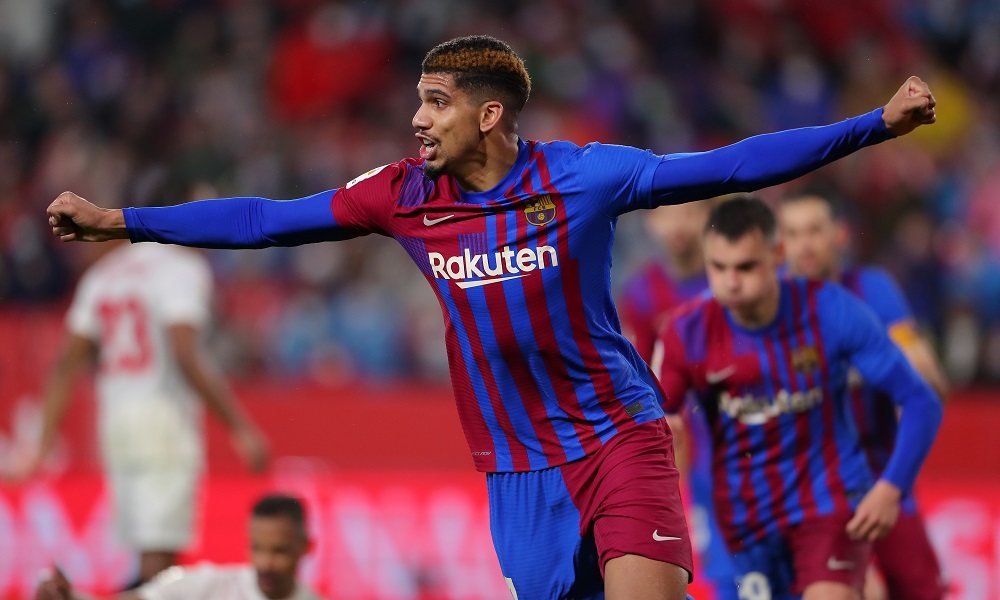 The Uruguay international will enter the final year of his Barcelona contract this summer, and the club have yet to convince him to extend his stay.

This could force the Catalan giants to cash in on his services. Barcelona have reportedly identified Borussia Monchengladbach’s Matthias Ginter as a possible replacement.

Ginter has decided against signing an extension with Monchengladbach, and he will be available on a free transfer when his deal expires on June 30.

Meanwhile, according to SportBild, Araujo is attracting ‘great interest’ from England and ‘especially’ from United. Interim boss Ralf Rangnick is leading the transfer pursuit.

Araujo has made impressive progress over the past 18 months, and he has now established himself as a regular starter for Barcelona under manager Xavi.

The Catalan giants are trying to secure his long-term future. However, they may have no option but to sell him if his contract stand-off extends until the summer.

Varane and Maguire are obviously the first-choice centre-backs with Lindelof occasionally featuring. Bailly and Jones have barely played in the league and could leave in the summer.

A central defender does not appear a priority at the moment, but the club’s stance could change, particularly with the disappointing defensive record this term.

Maguire has had an average campaign by his standards, and there have been questions raised over his future, though Rangnick has publicly backed him.

Araujo would be a quality addition to the squad with his strong aerial presence and knack for clearing his lines. He is also comfortable in terms of distribution.

The 22-year-old has successfully completed 90 per cent of his passes this campaign. He is a player that would fit perfectly into Rangnick’s tactical system.

However, Rangnick has only been appointed as a temporary manager, and the German is expected to take the role of an advisor at the end of the campaign.

The next permanent manager may have some power in the decision making this summer. Araujo could be one of the targets if a central defender is pursued.

Still, it may not be straightforward to sign the £31.5m-rated star as he may want an assured starting role if he is to make the move to Old Trafford this summer.