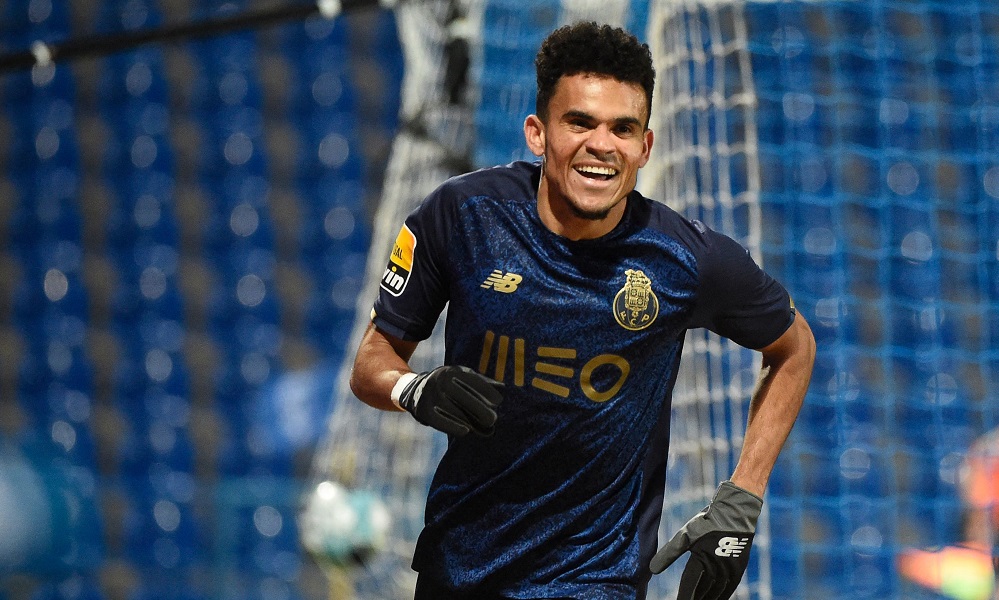 Manchester United could hijack Liverpool’s attempts to sign Luis Diaz after stepping up their interest in the £67m-rated Porto attacker, according to The Sun.

Diaz has developed into one of the hottest young talents in Portuguese football since joining Porto from Colombian side Junior in 2019 and the winger has provided 16 goals and 6 assists in his 28 appearances so far this season.

The 24-year-old’s impressive form has attracted interest from Liverpool and The Sun claims the Merseysiders were hoping to secure a cut-price deal with Porto to sign the talented attacker before the window closed this month.

Jurgen Klopp is reportedly looking to strengthen his attacking options for the second half of the campaign and the report says Liverpool were hoping to land Diaz for significantly less than his £67m release clause.

However, The Sun claims Porto have now made it clear they won’t cash-in on the Colombian international for anything less than his release fee as they don’t want to lose another player having already lost Jesus Manuel Corona and Sergio Oliveira this month.

Liverpool are refusing to pay £67m for Diaz this winter and would rather wait to reassess things in the summer but that decision could open the door for a Premier League rival to hijack their attempts to sign the winger.

According to The Sun, Manchester United are now showing a keen interest in signing Diaz and sent scouts to watch him in action this month as they weight-up their own move for the South American star.

Representatives from Atletico Madrid, Borussia Dortmund, Saint-Etienne, Rennes, Real Sociedad and Sassuolo were also reportedly in attendance so there is plenty of interest being shown in the talented attacker.

United are expected to be extremely busy in the summer market as they look to overhaul their squad with the likes of Anthony Martial, Juan Mata, Jesse Lingard and Edinson Cavani all expected to leave at the end of the season.

Attacking reinforcements will therefore be needed at Old Trafford and it appears Man Utd could now be ready to battle-it-out with Liverpool over a potential deal to sign Diaz.