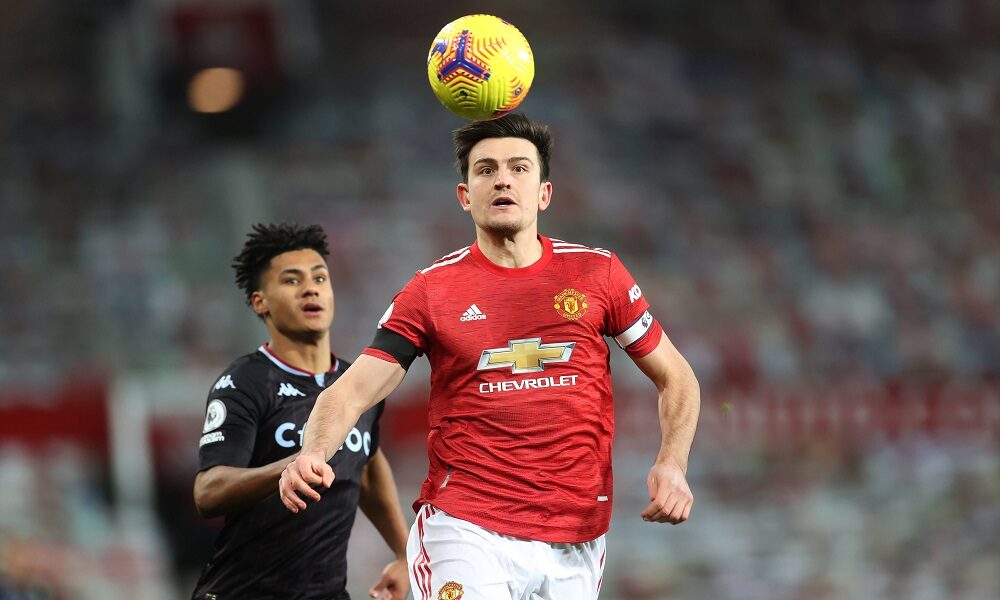 A section of Manchester United fans were unimpressed with Harry Maguire’s performance during the 3-1 Premier League win over Burnley last night.

The England star has been inconsistent with his displays at club level this term, and he produced another mixed showing against the Clarets.

United were 3-0 ahead after just 35 minutes on the clock, but they could not hold onto their clean sheet after a defensive lapse from Eric Bailly.

Bailly handed possession to Aaron Lennon with a poor touch, but he had distance to cover before unleashing his shot across David de Gea from outside the box.

Maguire had the opportunity to close down on Lennon, but his decision to backtrack aided the forward to score after De Gea was left unsighted for a brief moment.

Towards the end of the game, the Red Devils captain had his arms all around James Tarkowski in the box but fortunately, the decision was not reviewed by VAR.

Some of the club’s supporters on Twitter were critical over his showing. Here are a few reactions.

Good win tonight and 3 more points, wolves next 😬 but not a bad performance after my earlier worries!
I’m sorry but Harry Maguire is still a bad defender it’s shocking and that last challenge with Tarkowski, he is goal side, watching the ball and still gets beat to the header 😳

I wouldn’t say lynchpin but Maguire was at least consistent & reliable esp at the latter half of season.I don’t know if being one of the best players at Euro got into his head or something but this season he looks like he can’t even defend;he looks so lost on pitch #MUFC #MUNBUR

Look at the space Harry Maguire gives Lennon for the goal.

He might not have made the initial mistake but he certainly played a massive part in Burnley scoring.

After this he allows Lennon a free shot and blocks David’s sight of eye, so poor.

Maguire has endured a difficult campaign with the Red Devils. He has been prone to positional and unforced errors, and it was another average performance last night.

The 28-year-old has been an ever-present figure when fit, but he will need to improve his displays as interim manager Ralf Rangnick is unlikely to entertain inconsistency.

With Bailly off for the African Cup of Nations, the £43.2m star should get a regular run alongside Raphael Varane in central defence, but Victor Lindelof will be knocking on the door.

Rangnick had no qualms over starting with Bailly last night after Varane’s disappointing return from injury.

Lindelof is currently out with coronavirus, but the Sweden international has a good chance of reclaiming a starting spot if Maguire or Varane falter in the coming weeks.