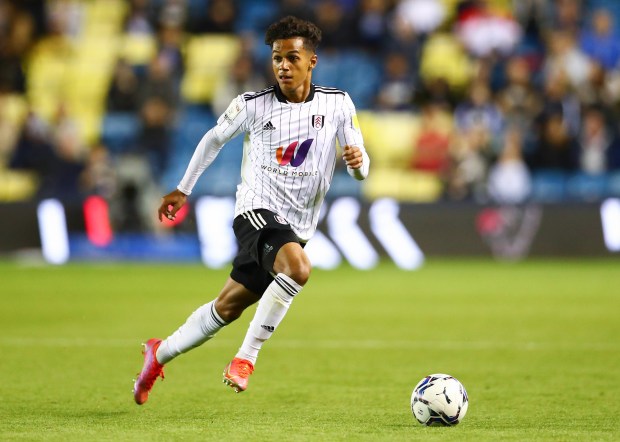 Liverpool are eyeing a £5m bid to sign Fabio Carvalho this month but could face stiff competition from West Ham for the exciting Fulham attacker, according to The Sun.

Reds boss Jurgen Klopp isn’t expected to invest heavily in the January transfer market as the Merseysiders would prefer to conduct the majority of their dealings during the summer window.

However, that’s not to say Liverpool won’t dip into the winter market if an opportunity comes up and Klopp is reportedly keen to strengthen his attacking options as looks to freshen things up in the final third.

Liverpool are always on the look-out for young talent and it seems the Anfield giants have identified Carvalho as a potential target with The Sun claiming Klopp is eyeing a January swoop for the exciting Fulham star.

The newspaper says Liverpool are weighing up a £5m offer but could face stiff competition as West Ham, Leeds and Porto are also showing a keen interest in the 19-year-old attacking midfielder.

Carvalho has just six months left on his contract at Fulham and isn’t expected to sign an extension so the Cottagers need to decide whether to cash-in now or risk getting a much lower compensation fee if he leaves for nothing in the summer.

Rules state that when a player aged under 24 moves for free, the former club is entitled to a fee for training and developing him so Fulham will be guaranteed some money even if Carvalho walks away when his contract ends in June.

Liverpool and Fulham came to blows when Harvey Elliott left Craven Cottage for Anfield in 2019 and the case eventually went to a tribunal that ruled Liverpool had to pay £1.5m rising to £2.8m based on performances. Therefore, Fulham may be tempted to cash-in this time around if Liverpool formalise their interest in Carvalho with a £5m offer this month.

The teenager was born in Portugal but moved to England as a child and joined the Fulham youth academy in 2014. Carvalho has forced his way into the starting eleven this season and has scored 7 goals in 16 Championship appearances so far.

The England U18 international is regarded as one of the hottest young talents outside of the Premier League so he could prove to be an excellent long-term addition to Klopp’s squad if Liverpool end up winning the race for his signature.