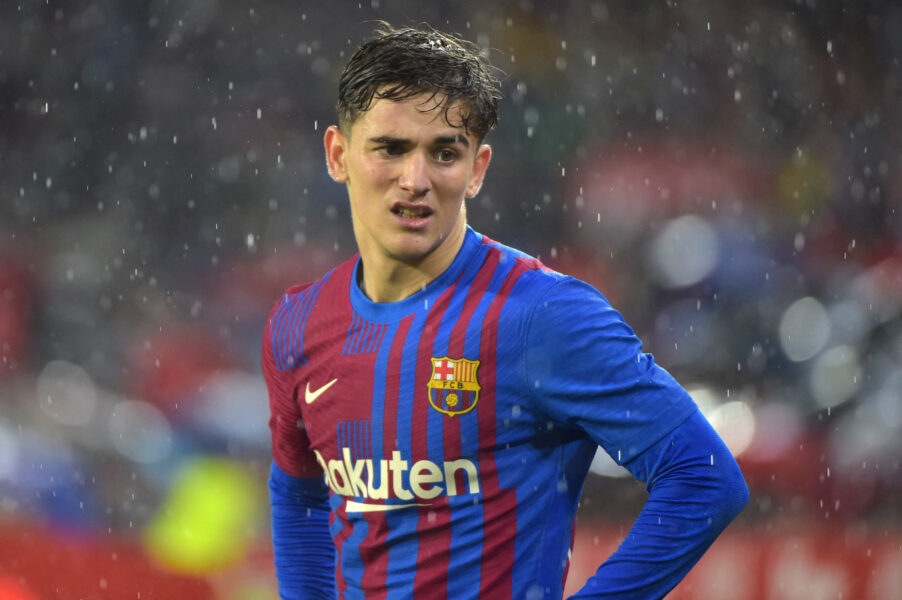 Liverpool and Chelsea are among clubs interested in Barcelona’s Gavi amid the uncertainty surrounding his future, Mundo Deportivo (today’s edition, page 10) reports.

The 17-year-old midfielder has enjoyed a fantastic debut season with the Blaugrana, bagging two goals and three assists from 27 appearances across all competitions.

Gavi’s performances have already earned him recognition with the Spanish national team. He has already won four caps under manager Luis Enrique, all from the starting XI.

Hence, there are no surprises that he is attracting big club interest. His current deal with Barcelona expires in June 2023. There has so far been no progress over a renewal.

According to Mundo Deportivo, Liverpool and Chelsea are reportedly keeping a close eye on the proceedings. Gavi has a release clause worth €50 million (£42m) in his contract with the Catalan giants.

Chelsea and Liverpool are always on the look out for quality young players. In a short time, Gavi has shown that he could be a potential world-class player over the coming years.

The youngster started off the campaign as a central midfielder. As the season has progressed, he has become more of a creative force, playing in the wide attacking roles.

He has just five goal contributions to show for his efforts, but the Blaugrana obviously rate him highly as he is comfortable with the ball at his feet at such a tender age.

The Spaniard has completed 89 per cent of his passes in La Liga. He has also contributed defensively with an average of one tackle and nearly one interception per game.

It was initially said that it could be a formality before the youngster commits his future to the club, but he now appears to be eyeing a significant pay rise which is justifiable.

It remains to be seen whether the Blaugrana can make a breakthrough in contract talks over the coming months or there could be forced to cash in on his services this summer.

Gavi could be better off staying with the La Liga giants where he is assured regular starts, but it may not happen unless Barcelona are willing to come close to his demands.