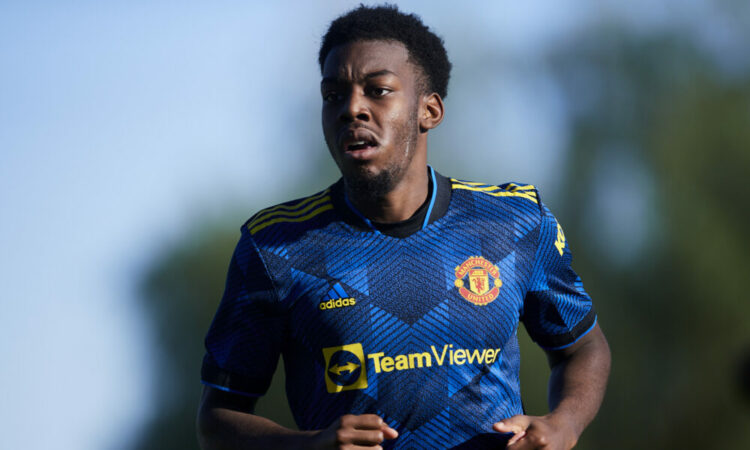 Manchester United’s interim manager Ralf Rangnick has predicted a bright future for Anthony Elanga, who has had an impressive breakthrough campaign.

The young Swede has been a regular starter for United since Rangnick took charge in December. He has caught the eye with three goals and two assists in all competitions.

One of those assists came against Brentford last night. The 20-year-old perfectly timed his run from the right flank to beat the offside trap before delivering a quality cross.

Bruno Fernandes was in the right place in the box to score on the volley. Elanga did not make any other significant contribution, but Rangnick was pleased for him.

Speaking after the game, the German tactician talked about the progress of the £13.5m-rated star, who was initially on course to leave on loan at the turn of the year.

He told Manutd.com: “He’s only just turned 20 and at Christmas, before I arrived, he had already thought about going on loan somewhere else and now he’s almost playing regularly for us. I think he’s got a great mentality.”

“He’s a good lad, he wants to get better in every training session and he will hopefully stay in the club for the next couple of years and then improve. There’s still a lot of space for improvement for him technically, tactically, but he wants to learn and that’s the good thing about him.”

At the start of the campaign, Elanga was out of the picture for a first-team role with Jadon Sancho, Anthony Martial, Mason Greenwood and Marcus Rashford among competitors.

However, things have fallen into place for him over the past few months. Greenwood has been indefinitely suspended while Anthony Martial was loaned out to Sevilla in January.

Rashford has been out of form for an extended period of time while Jesse Lingard has hardly played over the course of the campaign despite his impressive loan stint at West Ham.

Elanga has taken the opportunity that came his way, and the onus is now on making further progress such that he can establish himself as a regular under new boss Erik ten Hag.

The Dutchman has built his reputation on grooming young players into potential world beaters. Elanga could have a key first-team role next term if he can find the consistency.

United could recruit another top quality winger this summer. It is up to Elanga to improve his output with more goal contributions. He has room for improvement with his finishing.