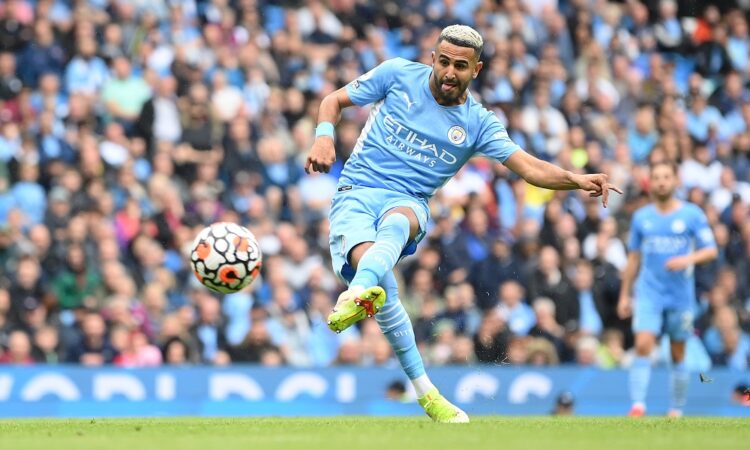 The Algerian is currently having his best campaign for the Premier League champions. He has bagged 23 goals and six assists from 42 appearances.

His performances have caught the eye of several European clubs and Foot Mercato claims that the Blues are among the teams following his situation.

Mahrez’s current contract with City expires in June 2023. He could head for the exit door this summer if he decides against signing a fresh extension.

Chelsea are currently loaded with attacking options, but they have lacked consistent goal getters. Kai Havertz is presently the leading scorer with 13 goals this term.

Romelu Lukaku was expected to provide a solution following his club-record transfer last summer, but the Belgian has struggled with just 12 goals this campaign.

Hence, the Blues could invest on their attack again. Mahrez would be a quality signing. He may be 31, but is currently going through the best phase of his career.

The Algerian has registered 29 goal contributions this term despite being in-and-out of the line-up. He has averaged just 61 minutes per game over 42 appearances.

Mahrez could be eyeing a new club this summer where he has an assured starting spot. Chelsea would be an ideal destination if he wants to continue in the Premier League.

The attacker is presently valued at £36 million by Transfermarkt, and could be prised away for a similar figure, considering his contract expires in just over 14 months.

Chelsea will face stiff competition from the likes of Paris Saint-Germain, Real Madrid and AC Milan, but they first need to resolve their ongoing ownership situation.

With the current sanctions on Roman Abramovich, they are restricted from any contract or transfer activity until a takeover which should happen in the near future.