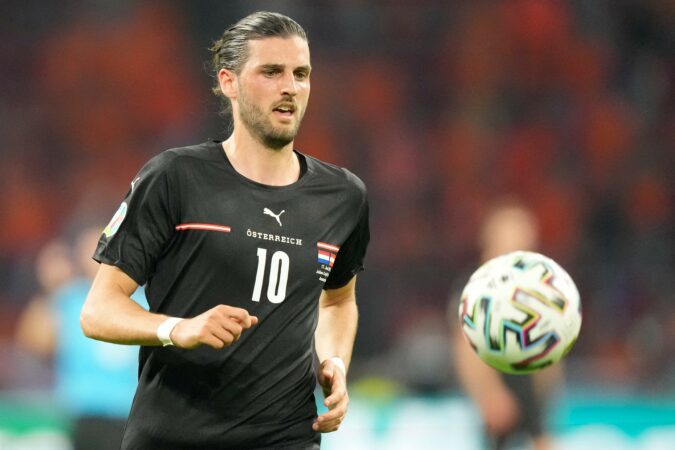 The Gunners are likely to pursue a new defensive midfielder during the upcoming transfer window amid the injury concerns for Thomas Partey and Granit Xhaka this season.

Grillitsch was on their radar at the start of the year, and SportBILD (via Sport Witness) reports that they are looking sign him on a Bosman deal when his contract expires in June.

Aside from Arsenal, Napoli are also in the mix to land the 26-year-old. The midfielder has his sights on Champions League football and will make a decision this summer.

Grillitsch has had an injury-plagued campaign for Hoffenheim with just 18 league appearances. He has still impressed with an average of 2.1 tackles and 1.6 interceptions per game.

The Austria international is a holding midfielder by trade, but has also played at the heart of the defence at Hoffenheim. His versatility could be a key factor behind the Gunners’ pursuit.

At full strength, Xhaka and Partey are the regulars in the centre of the park for Arsenal, but the latter has failed to stay unscathed. He has missed several games during his first two seasons.

This has hampered the club’s performances at certain stages. Arsenal recently went on a three-match losing streak before Mohamed Elneny stepped up alongside Xhaka in midfield.

Elneny has opened the prospect of a renewal beyond June despite his lack of regular minutes, but manager Mikel Arteta may still want another experienced midfielder in the ranks.

Albert Sambi Lokonga has shown glimpses of his quality, but the Belgian is still fairly inexperienced and could do with a loan spell away from the north London club next season.

If Arsenal qualify for the Champions League, they should fancy their chances of landing Grillitsch ahead of Napoli, having previously won the bidding battle for several players with them.

Bernd Leno, Lucas Torreira, Nicolas Pepe and Kieran Tierney were linked with the Serie A outfit before moving to the Emirates. Gabriel Magalhaes also did so despite offered higher wages.