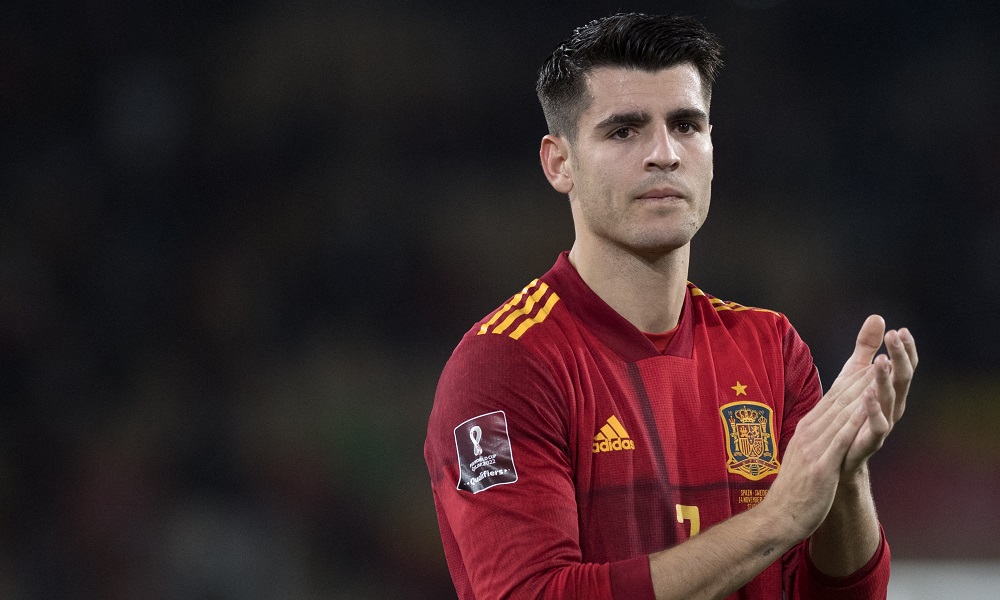 Arsenal have held talks with Alvaro Morata about a possible move to the Emirates Stadium as Mikel Arteta looks to bring in a striker on deadline day, according to AS.

The Gunners boss has made no secret of his desire to strengthen his squad this month and a new striker is a priority as Pierre-Emerick Aubameyang is set to join Barcelona on loan until the end of the season.

The Gabon hitman has been frozen out of the Arsenal squad since being stripped of the captaincy late last year but has been offered a fresh start in Spain with the Catalan giants ready to sign Aubameyang on a short-term loan deal.

His exit leaves Arteta short of options up front with only Alexandre Lacazette and Eddie Nketiah left to choose from so Arsenal are desperately scouring the market to try and bring in another forward before the window shuts at 11pm.

Several names have been linked with a move to the Emirates since Arsenal missed out on first choice target Dusan Vlahovic last week but moves for the likes of Alexander Isak and Dominic Calvert-Lewin haven’t progressed.

It appears the Gunners have moved on to another alternative target as AS are reporting that Arsenal have made a late move to try and land Alvaro Morata after making contact with the Spanish international.

The outlet says Arteta’s assistant, Miguel Molina, has personally spoken to Morata to make it clear how he’d fit into Arsenal’s system and to try and convince him to move to the club on deadline day.

AS says that Tottenham have also expressed their interest in the 29-year-old with Antonio Conte keen for a reunion having worked with the striker in Italy but Arsenal are pushing hardest to get a deal agreed.

Morata is currently on loan at Juventus from Atletico Madrid and he’s scored 8 goals in his 29 appearances so far this season but his playing time could now be limited following the arrival of Vlahovic from Fiorentina.

Arsenal are seemingly ready to offer the Spaniard more regular action at the Emirates and Morata knows the Premier League well following his spell with Chelsea between 2017 and 2019.

We’ll have to wait and see how things progress over the coming hours but time is running out for Arsenal to get a deal finalised before 11pm.