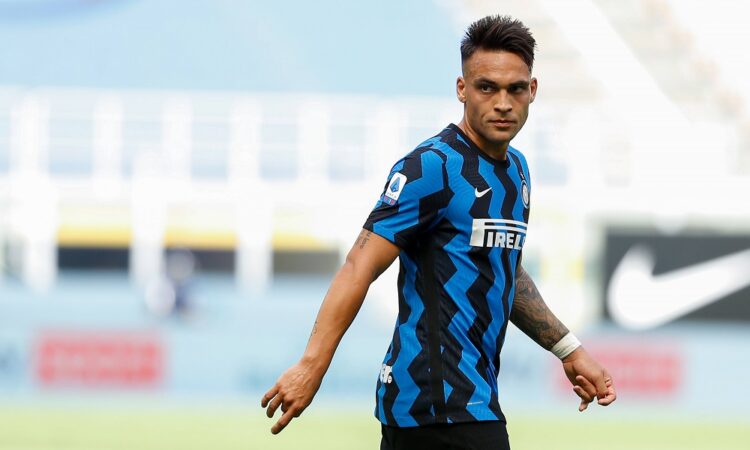 The Gunners are expected to pursue at least one striker with Alexandre Lacazette and Eddie Nketiah having struggled to find back of the net regularly.

Both players have their contracts expiring on June 30. There is a possibility that the duo could leave on free transfers at the end of the campaign.

Amidst this, Martinez has been one of the high-profile stars linked with Arsenal, and they have now been handed a potential boost in signing him.

Martinez penned a new contract with Inter earlier this season without a release clause, but the Nerazzurri have not ruled out the prospect of him leaving.

While the Argentine won’t push for an exit this summer, it is claimed that Inter could be tempted to sanction his sale if they receive a fee of £67.3m.

Arsenal are regarded as one of the main admirers of the Argentine, but they could face direct competition from Tottenham Hotspur for the marksman.

Martinez has had another promising campaign for the Nerazzurri. The 24-year-old has netted 16 goals alongside two assists from 40 appearances.

His form has been inconsistent since the turn of the year, but there has been no lack of effort from the Argentine, who has got into good scoring positions.

The Gunners appear to be firmly interested, having reportedly contacted his agent, but it may not be a straightforward to lure him ahead of next season.

Champions League qualification could be essential to luring him while Inter are unlikely to negotiate, having stayed firm on Romelu Lukaku’s price last summer.

If Arsenal manage to land Martinez, he could be a like-for-like replacement for Lacazette. The Argentine has a high work rate and tends to link-up from deeper positions.

He is also solid with his hold-up play, and would be an upgrade on the Gunners captain in the final third. While Lacazette has delivered key assists, goals have dried up for him.

The only concern with Martinez could be the fact that he has been accustomed to playing with another striker up front at Inter which has rarely been the case at Arsenal.