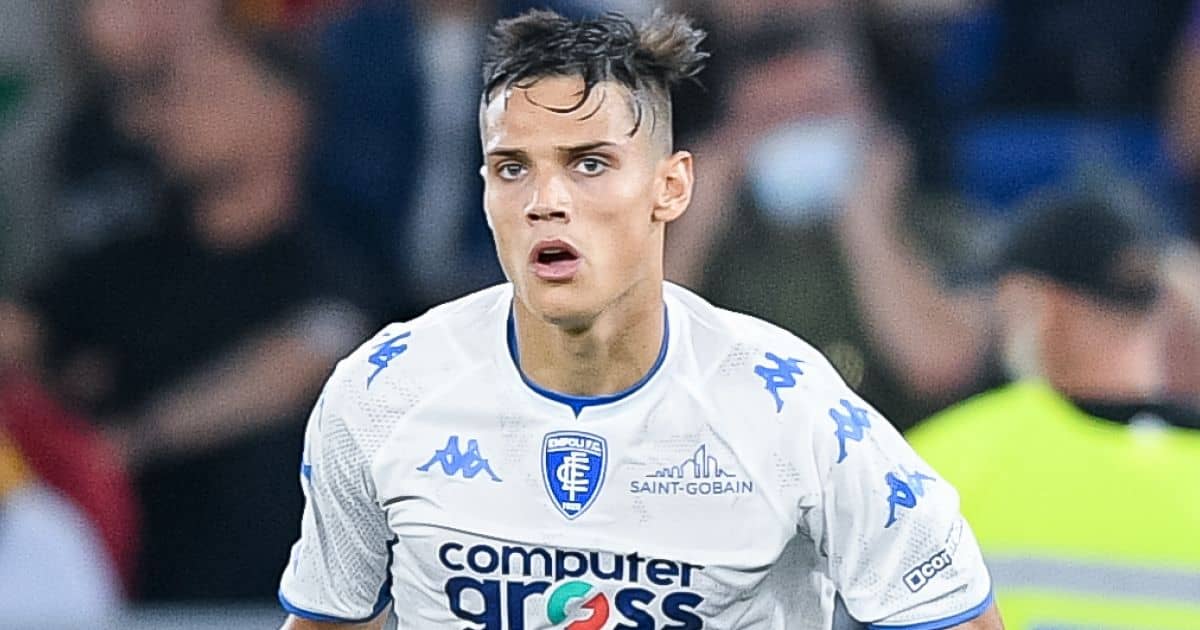 Arsenal are showing an interest in signing Empoli star Samuele Ricci as Technical Director Edu works to bring in a new midfielder this month, according to report via TeamTalk.

Mikel Arteta’s side have recovered from a poor start to the season and currently sit fourth in the Premier League table but the Spanish coach has admitted he still needs to further strengthen his ranks this winter.

A new midfielder is thought to be a priority as Arsenal have been left extremely short of options in the middle of the park with Thomas Partey and Mohamed Elneny away on international duty at the AFCON.

Ainsley Maitland-Niles has just sealed a loan move to AS Roma which has reduced Arsenal’s midfield options further and Arteta hinted at his press conference on Friday that he’s looking to bring in fresh blood this month.

The former Gunners midfielder confirmed that Edu is ‘working very hard’ on potential new arrivals and that Arsenal’s Technical Director knows the positions they need to strengthen.

Arteta is quoted by TeamTalk as saying:

“I think with the amount of things, and the way that we want to evolve the squad, we have to maximise every window in many different ways and we are alert.

“Edu and his team are working very hard, as we know exactly what we need to do. Whether we can accomplish that in January or the summer is a different question. It’s all related to other stuff.

“If it is the right player and we can afford it, and we can do what we want to do, we will discuss it. We will make the best possible decision. We are open.”

The Gunners have a number of targets on their radar and TeamTalk cites a report from the print version of Gazzetta Dello Sport that claims Arsenal have identified Ricci as a player of interest this month.

The Italian outlet says Ricci is ‘well liked’ at the Emirates Stadium with Arteta and his staff believing the 6ft 2in midfielder has all the qualities needed to shine in the Premier League.

According to TeamTalk, Arsenal have a long standing interest in the 20-year-old having held talks with his agent last year and could now be lining up a formal move for the player before the window shuts.

Ricci came through the youth ranks at Empoli and has now established himself as a first team regular with 20 appearances so far this campaign so the Serie A outfit will be reluctant to lose him.

We’ll have to wait and see how things develop but Arsenal would have to table a sizeable offer to tempt Empoli into a deal as Ricci’s contract doesn’t expire until 2024 so the Italians are under no pressure to sell on the cheap.