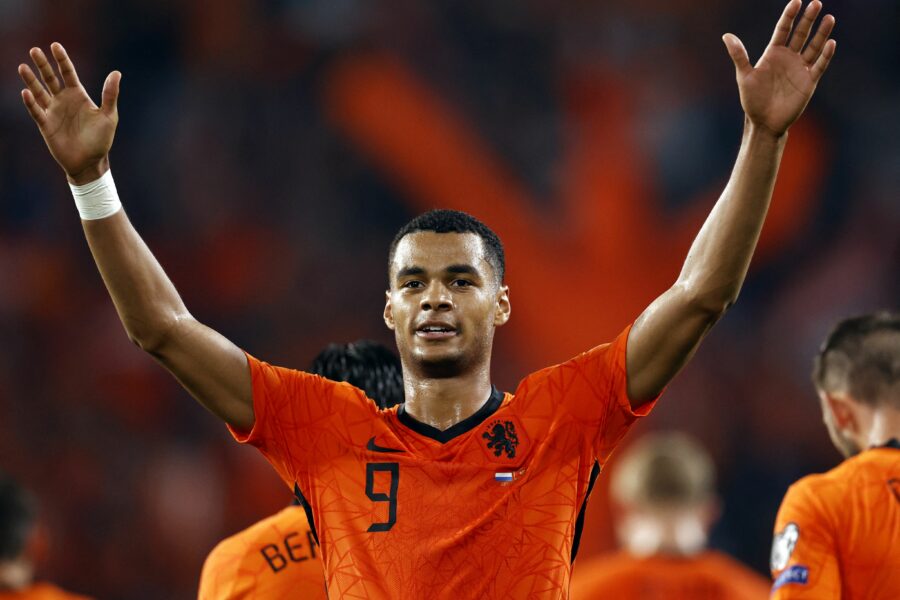 The Gunners are expected to strengthen their attack ahead of next season, and the priority could be given to bolstering the centre-forward department in particular.

However, manager Mikel Arteta may also look to reinforce the wide attacking positions. There are suggestions that Nicolas Pepe could head for the exit door this summer.

It is now claimed by Voetbal International that the Gunners are in the driving seat to sign Gakpo, who has been on the radar of Liverpool, Manchester City and Bayern Munich.

The 22-year-old only signed a new deal with PSV in January, but could leave for the right price. PSV sold Hirving Lozano to Napoli for a record £33.6m fee. They could demand slightly higher for Gakpo.

The Netherlands international has made a huge impression for PSV this campaign, bagging 16 goals and 15 assists from 37 appearances across all competitions.

He has played almost every game from the left wing this season, but has shown in the past that he can operate on the other flank and is also capable of playing up front.

His versatility may have grabbed the attention of Arteta. The Spaniard prefers strikers who are more mobile and capable of helping teammates from deeper positions.

Gakpo is not necessarily known for his defensive contributions, but has the ability to get out of tight spaces with his excellent dribbling ability and knack for finding key passes.

The jump from the Eredivisie to the Premier League has not been smooth sailing for several players over the years with Memphis Depay and Steven Bergwijn among examples.

The 22-year-old may take some time to adapt, but the Gunners may still go ahead and pursue him. Arsenal could recoup most of the funds from Pepe’s potential sale.