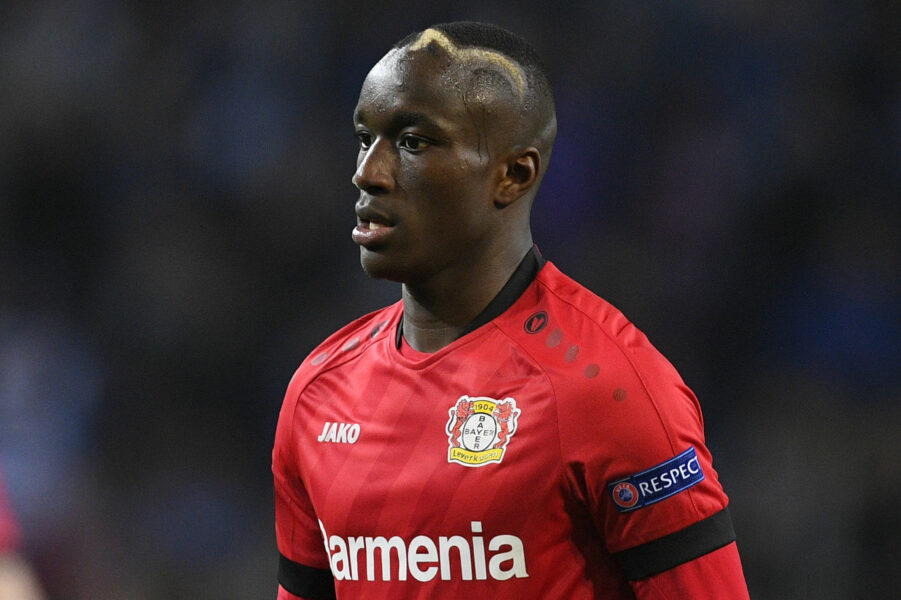 The Frenchman has made a big impression during his time at the Bundesliga outfit. He has been sparking form this term with 16 goals and nine assists from 34 appearances.

It is now reported that Arsenal and United are keen on pursuing his signature. The Premier League giants could face stiff competition from Newcastle United this summer.

There is no release clause in Diaby’s contract, but Leverkusen are willing to sanction his sale if they receive a fee of around €60 million (£50.5m) in the next transfer window.

The Gunners have made immense progress under manager Mikel Arteta this term. They are currently with a genuine chance of ending their five-year Champions League drought.

Gabriel Martinelli and Bukayo Saka have been exceptional in the wide attacking positions since the start of December while Emile Smith Rowe has also excelled off the bench.

Despite this, Arteta may want more competition for places as Arsenal look to become potential title challengers next term. Diaby appears the right fit for the club’s transfer policy.

The hierarchy have focused on pursuing young players with valuable experience. At just 22, Diaby fits the requirement. His arrival could pave the way for Nicolas Pepe’s exit.

Meanwhile, United have yet to find the solution on the right wing despite the big-money arrival of Jadon Sancho from Borussia Dortmund during the last summer transfer window.

While Sancho had plenty of success from the role at Dortmund, he has played there for United. He has hit peak form over the past month while operating from the left side of attack.

With Mason Greenwood out of contention and Marcus Rashford struggling for form, the Red Devils could be tempted to make a big outlay for another wide player this summer.

Anthony Elanga has shown promise from the right wing in recent months, but could act as an understudy to Diaby next season if United manage to seal a summer deal for the latter.

While both clubs appear intent on landing the former Paris Saint-Germain youngster, Newcastle could scupper their hands after their recent takeover by a Saudi-led consortium.

A number of players resisted from joining them due to the relegation tussle in January. They are now well clear of the drop zone and look set for another campaign in the top-flight.

The Magpies could go on a big spending spree and may try to lure Diaby with a more lucrative contract.