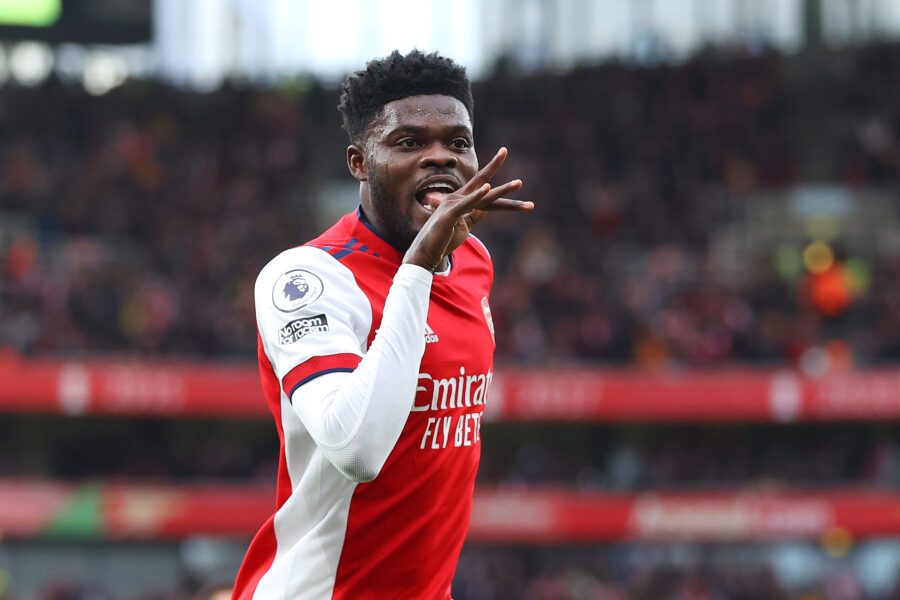 The Gunners recently suffered a 2-0 defeat to Liverpool at home. They produced the perfect response with a hard-fought victory over Steven Gerrard’s side.

Aston Villa were barely a threat on goal throughout the game, but the Gunners needed to show a strong defensive resolve to pick up maximum points.

Following the game, Arteta was delighted for Partey, who has been in fine form this year. The Spaniard said that the midfielder has played at his best level recently.

He told Arsenal.com: “I think in general the team was really, really good, we had Thomas, when we talk about consistency and the level.”

“I think in three games in six days that he hasn’t had for a while since he’s been here, I think he played at his level, at his best level for three consecutive games and that’s for the team a big, big boost.”

Partey was critical of himself earlier in December. He rated his performances at 4 out of 10 and vowed to repay the manager’s faith during the back end of the season.

The midfielder has done exactly so since the turn of the year. He has barely put a foot wrong, barring his quick sending off against Liverpool in the Carabao Cup.

The 28-year-old was prone to misplacing passes earlier this campaign, but he has grown in confidence lately. He has also looked comfortable with the ball at his feet.

Yesterday saw him produce another quality performance. The Ghanaian won six ground and aerial duels for Arsenal alongside three tackles and one interception.

Arsenal have now registered five straight away league wins, their best run since 2015. They are now on 54 points, four clear of fifth-placed Manchester United with a game in hand.

They have their Champions League destiny in their own hands, but there is still plenty of work to be done with 10 more games following the March international break.