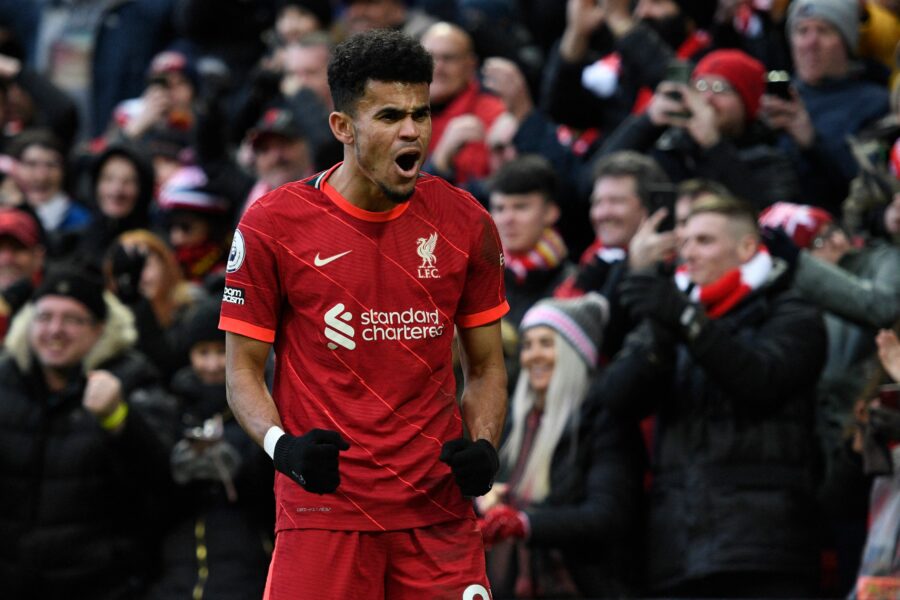 The Portuguese was a surprise winter signing for the Merseyside giants, but has already established himself as a key player under manager Jurgen Klopp.

Diaz started his second Premier League game against the Canaries yesterday. He showed his class with a terrific all-round performance, capped with a late goal.

Norwich took a surprise lead at the beginning of the second half through Milot Rashica, but Sadio Mane bagged the equaliser shortly after the hour mark.

Three minutes later, Mohamed Salah put the Reds ahead. Diaz sealed the win in the 81st minute with a delightful chip over goalkeeper Angus Gunn.

Aside from his goal, the Brazilian produced five key passes while winning five aerial and ground duels.

Diaz played exclusively from the left wing during his time with Porto, and this has raised questions whether he would get regular starts due to Mane’s presence.

However, Klopp has managed to find a solution. Diaz initially started on the left wing yesterday before being played up front alongside Divock Origi in a 4-4-2 system.

This could change in future with Jota’s potential return, but the £36m star has made a good impression since his move to Anfield during the January transfer window.

Liverpool’s victory has put them within six points of leaders Manchester City with a game in hand. Pep Guardiola’s side suffered a 3-2 defeat against Tottenham Hotspur.

The Reds can reduce the gap to three points in midweek against Leeds United. The title race is well and truly open. The meeting at the Etihad Stadium in April could be a decider.

It remains to be seen whether Diaz gets the nod against Leeds on Wednesday on the back of yesterday’s showing. He may likely keep his place with Jota doubtful with an ankle injury.